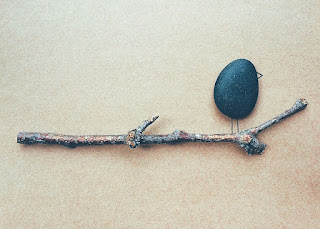 John 8 talks about a woman who was judged by people (the Pharisees) in the bible who loved judging people and casting stones at them.

These people had two standards. One for themselves and one for everybody else. The chapter references a woman who was caught in adultery, which we know was wrong, yet the Pharisees wanted to stone her. They quoted the law of Moses, in which people could have indeed been stoned back then. But Jesus protected the woman by His grace. He told the Pharisees, “Let him who is without sin among you be the first to throw a stone at her” (John 8:7) and guess what each one of them did after Jesus said that? They walked away one by one. I can see it now. Can't you? Look, I know we have all messed up and some of us messed up just like the Pharisees. Sometimes we were the ones who judged and sometimes we were the judged. But thank God for His grace (covering) when we do in fact fall short huh? He loves us in spite of ourselves.

So, just let that scripture be a reminder that we are not much different than the people back then. And I'm thankful God gives us many chances to get things right just like He did when he told the woman she wasn't condemned and to stop sinning. That's the same thing He wants for us -- to focus on living for Him and trying to live better than we are. We can all start from where we are. It's never too late.