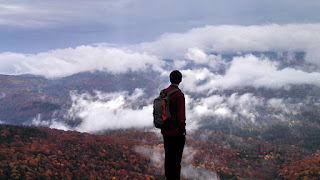 A few years ago I had a conversation with a guy about what he thought about his life. He told me something I hadn't ever heard before. He told me he didn't have goals, because he didn't think he would ever see them come true. Now this shocked me, because I thought everyone had goals. Growing up I always dreamt about lots of amazing things for my life. To me that was normal. I spent hours upon hours thinking about abundant extravagant dreams and visions. I would get lost in my imagination. It was endless and in my mind there was no doubt I would achieve them all. I was convinced I would do amazing astronomical things in this world. Even my mother thought I would. It's amazing how she knew, yet she did. Fast forward to a few years ago and I think that's why I used to give myself such a hard time, mostly at night. Perhaps that was why I was disappointed that I had not achieved more than I did. I considered myself a failure of my dreams until I had a few conversations with the Lord. He reminded me that He had not forgotten about me, but I had forgotten about Him. Thank God for His favor, grace and mercy and that His promises never come back void. He is still a forgiving God.

Consequently, we must put all our trust in God and not the devil, because he is a liar, a big one. And he wants to convince God's people that there's nothing for them. But let me tell you something. Rely on God and His word, then start speaking life over your life. Proverbs 30:6 says "he is a shield to those who take refuge in him." Start seeing yourself the way He sees you. Start seeing yourself successful and victorious. Start visualizing yourself doing that thing you always think about when you lay your head on that pillow. And when you read, start seeing yourself doing those magnificent things you read about. Somebody has to do them. Why can't it be you? It's never to late. Never.