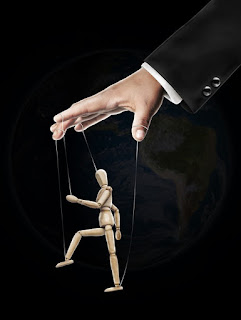 They want to pull you here, push you there, swing you over there, shake you right here. They want to control your every move.


It's an insecurity they have. They deem themselves important and you insignificant. They have believed the hype, drank the Kool-aid, and inhaled the smoke. Their life experiences have been humbling, but only to a certain extent. Once they feel as though God has finished dealing with them, they're right back to their old ways. Back to the manipulation, back to the controlling ways, and right back to the bottom.

They want you to be impressed with their intelligence or their knowledge or their wealth or their affiliations or their something. And when they feel rejected by you they make it seem as though you're the problem. It bothers them immensely when they are regulated to the back row, because in their pompous arrogant minds they deserve to be first. Their past mistakes don't matter, because they are still who they are and a familiar question in their minds is, "don't you know who I am?"

They want you in their corner, because they want to use you for something to elevate them in some way. They're used to using people. Not this time though. Their time is up. Their jig, figured out. Their game, over. Their impact, zero. Like a lamp under a jar (Luke 8:16-18), God has exposed them for who they are and they will fool people no more.