It Can Still Happen 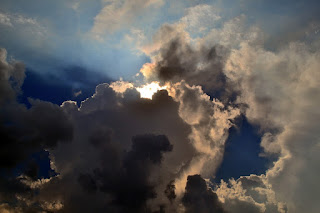 Do you know miracles and extraordinary things happen?

That shouldn't surprise you though. It doesn't surprise me, because I know God is the God of the possible (Matthew 19:26). That means if we want something that has lived in our heart, it doesn't matter how long it's lived there, it can still happen for us. But only some people believe that. Part of the reason I think certain things don't happen for some people is because they give up on their dreams. For instance, if a person wants to get married and after some time it hasn't happened for he or she, they will start saying they don't want to get married anymore and that they're ok being single. They say those things, because they've lost their faith. They've grown weary of the wait and they've convinced themselves it won't happen for them. They had a timeline and because God didn't operate within their deadline, they gave up. What a pity.

Don't let that happen with you. It doesn't matter how long you've been waiting for something, if it lives in your heart keep praying for it. We can't get everything we want when we want it. If we could what kind of faith would that be? It wouldn't be faith, it wouldn't be trust, and it wouldn't be belief in God that He would do it. Faith is waiting for something so big, so extraordinary, so abundant, or so miraculous, that only God could make it happen. "Faith is the substance of things hoped for, the evidence of things not seen" (Hebrews 11:1). That's faith and it's worth the wait.

Don't give up on God. Wait on Him.