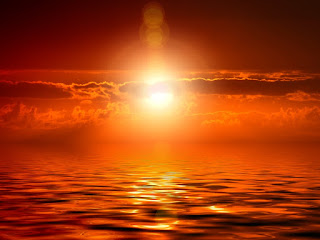 We have to decide which one we're going to be.

Fearless or faithless, but we can't be both.

Either we're going to be fearless, which means operating in faith -- the trust and believe that God will bring great things to light as we put all our hope in Him. Or faithless, in which we're going to put all our trust and belief in man. We can't do both. We can't say when things go this way we're going to be fearless, but if things go that way we will be of little faith. One of In Sharon's Heart's theme scriptures when it comes to speaking faith over difficulties is Philippians 4:13, "I can do all things through Christ who strengthens me." It helps to walk around and say power-words throughout our discomfort. I know that's easier said then done, but we can do it.

In fact I had to do it just last week when I was in Nashville. I had gone to the wrong event address, because I had gotten it mixed up with the place I was supposed to be. I found myself in an unfamiliar place, literally. Although I was uncomfortable and could have gotten a little nervous, I decided early on that I was not going to get all stressed out about it. I was going to have faith that things would turn out ok and they did. I just continued to encourage myself in the Lord (by talking to myself with positive self talk and scriptures) and I ended up at the event without missing too much.

You may be saying to yourself how corny and overrated that story seems, but I'm telling you it works to have faith in the little struggles and the big ones. It's what works for me and I refuse to walk around defeated thinking the worse is going to happen. It's just more effective to be fearless (faithful) than the other way around. The choice is ours.