Don't Give Your Power Away 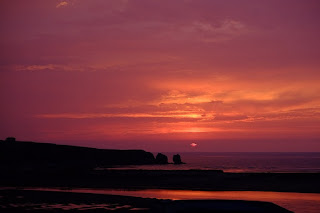 In the spiritual, God is in control.

And in the natural, He let's us control it. It's called free will. We have the freedom to determine how we act, what we put out in the atmosphere, what we accept, and what we allow. Yes we have the ability and the power to control our circumstances to the best of our ability. I'm not referring to the things that happen to us that go beyond our control. That's an entirely different subject and blog post. What I'm speaking on are the things and people we accept in our lives, the things and people we deal with, and the things and people we allow to take root in our space. And when the negative fall-out happens we blame them for every single aspect of it. Even though we allowed it. Even though we gave them the power to intervene in our lives -- to take up our valuable human real estate.

We can't have it both ways. We can't be a part of the drama we let get in and when the chips fall (and they will), we flee for the hills and act like a scaredy-cat victim of our circumstances. Life doesn't work that way. We have to grow up and realize that.


For a long time I blamed the failure of my marriage on my ex-husband until I realized that even if he did do all the things wrong I claimed he did, I stayed in the marriage and didn't do enough about making it better. As long as I stayed apart of it I couldn't blame just him. It was a 50/50 deal because two people played a part in it. I could no longer play the victim. I had to accept the responsibility that I wasn't all innocent simply because I felt as though I did nothing wrong or did less wrong than he did. If we allow certain things, we have to take some of the responsibility of the outcome and accept the part we allowed and partook in. To allow it is to accept it and that means we just gave away our power to stop it.

"The beginning of wisdom is this: Get wisdom. Though it cost all you have, get understanding" (Proverbs 4:7). All I'm saying is that the first step to improving ourselves, is acknowledgement and accepting the responsibility for our actions and once that happens we can move on quicker. That's all.