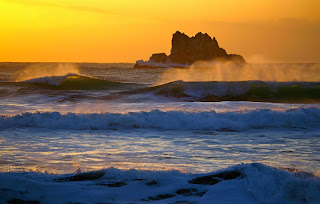 What do you want God to give you success in? Are you up against anything that is much bigger than you? Do you need God's hand in a formidable obstacle that is standing in your way?

Are you aware that God can do anything on your behalf? Oh yes, He will be there for those who diligently seek Him. And He may not be there will you want Him to be, but know this: He will be there right on time. Whatever you're doing to build His kingdom, keep doing it and stay focused on Him. Don't let up, continue no matter what it looks like. If things are a little challenging, stay with it anyway. Carrying on despite challenges are usually reserved for those who eventually win.

"But you, be strong and do not let your hands be weak, for your work shall be rewarded!” That verse came from 2 Chronicles 15:7 when the Lord told King Asa, through a prophet, that when Asa had opposition, he would win. God didn't want Asa to give up. He wanted Asa to have strength in Him when Asa was going to war against armies. God knew what Asa was up against, and that gave him the courage to go against the mountains that were coming against him. As long as Asa was following God, he was successful against his enemies. 2 Chronicles 15:2 says, "the Lord is with you while you are with him. If you seek him, he will be found by you, but if you forsake him, he will forsake you."

So, stay with God. Remain steadfast and strong in Him and don't give in to popular opinion or the latest and the greatest. Stay focused on what you're doing in the name of Jesus and no mountain or weapon formed against you shall ever come close to prospering. God has given you success. Continue to walk boldly in it.