God will give you the victory 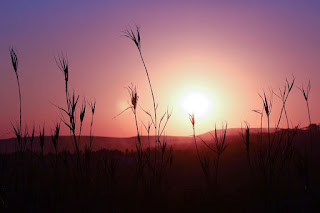 Is there anything you need God's help with? Is there anything that's so big in your life right now, that you need God to do exceedingly and abundantly? Do you know that when we’re confronted with any kid of battle, the Lord God will give us everything we need to win? Oh yes. He did it for David in 1 Samuel 30 and He will do it for us, as well. God will equip us to go head on into battle and win. It’s true. So whatever’s in front of you, fight in Jesus name as you seek Him and He will put you in a strong position to direct you to victory. Your faith will make you well.

Just seek the Lord and have Him direct you in how to go about overcoming anything in front of you. In 1 Samuel 30 the Lord told David to fight when David asked Him if he should pursue the Amalekites, who raided his camp, set fire to it, and kidnapped everyone's families. David started with God, because the battle in front of him was huge and actually too big for him (and his army) to handle alone. David knew what he was up against and he sought the Lord. The Lord was with him. David was successful -- he had the victory before the battle was even fought, because God was with Him and he was with God. Romans 8:31 says,“if God is for us, who can be against us?" So, whatever you’re up against, God will help you fight it. It doesn’t matter what type of battle it is, whether it be spiritual, emotional, physical, or mental, God will do it. He will give you the victory. "He who did not spare His own Son, but delivered Him up for us all, how shall He not with Him also freely give us all things?" (Romans 8:32). Trust Him.