Why Don't You Still Believe? 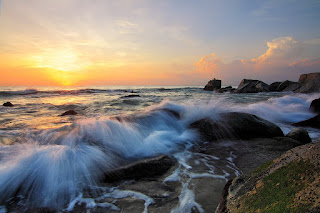 That's a question that sometimes boggles my mind and gets me in a particular mood.

I get so fed up, because what will it take? Sometimes when I write these blog posts I often ask the Lord, what's it for? Who is it helping? Why even do it? Don't get me wrong, from time to time I will hear great reports about how the blog helped, but very few and very far between. Besides those few who are changing for the better and increasing their faith, it just seems like I'm writing to myself at times. But of course I won't stop unless the Lord tells me to. I'm going to write for Him forever if He says so. And even if I never see or hear about any change in people, God knows what He's doing even if I don't at times. It's all good. Trust and believe that.

And although I'm nothing like a preacher or a pastor, I'm starting to understand more and more why some of them get tired and almost weary sometimes. Preparing and toiling for the saints and sinners who, many times, won't even receive the Godly words they have prayed over, again and again. Thank God those apostles never give up on us, huh? 1 Timothy 5:17, says "the elders who direct the affairs of the church well are worthy of double honor, especially those whose work is preaching and teaching." We don't do enough for them. They deserve double honor for sure, but how many of us extend that honor and respect towards them? How many of us at least try to take in their holy words that come from the Lord and at least try to live better lives? How many? Why in the world do you think God called them? It wasn't for themselves. He called them for us. And some of us still won't believe that God is God.

Anyway, I still just don't get why some people are of little faith when God gave His one and only son for us. When His son Jesus died for us so we wouldn't have to. When Jesus covers us continuously when we don't even deserve it. When Jesus opened our eyes today and we didn't even thank Him.

Yet I will never lose hope that maybe tomorrow will be different.