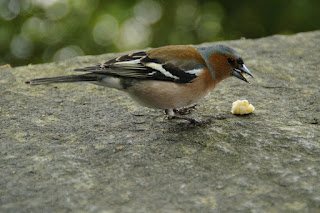 2017 is a year of dreams and visions being manifested.

At least for me it is. I don't know about you, but I'm naming it and claiming it baby. Isn't it time we started acting like we deserve more than the crumbs? Crumbs are for the birds. The Lord has much more for us and it's time we started acting like it. It's time to get off the fence and stop being scared of stepping out. Yes rejection, disappointed, frustration and maybe even embarrassment will come, but I rather risk those things and take a chance at getting what God has for me than to be ok with nasty tasteless leftovers or nothing at all. Living a mediocre life is not ok, people.

I get it. Life threw you a few hard blows. Join the club. I know it's easy to want to give up on your goals and dreams. I almost did. But God does not want that for us. He really wants us successful and victorious. He really wants us blessed to be a blessing, so others will know about Him. So if you don't want to move full steam ahead for yourself, do it for Him. Do it for others who need to hear from you.

Nothing worthwhile is going to be a walk in the park, but with God you will be able to take steps that He will turn into giant leaps. You have to just know that for yourself. So I will remind you again what the Lord says, which is this: "For I know the plans I have for you,” declares the Lord, “plans to prosper you and not to harm you, plans to give you hope and a future" (Jeremiah 29:11).