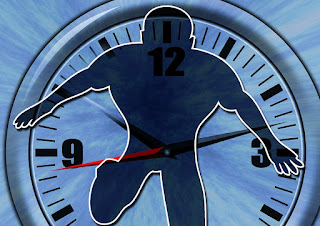 "You can't be afraid to fail. It's the only way you succeed - you're not gonna succeed all the time, and I know that" (Lebron James).

Good point, huh? I think we all know what Lebron meant when he said that. The same thing the inventors of the spray, Formula 409 (read the story here) said regarding why they named the cleaning spray that. I don't know if it's fact or fallacy, but the story is, it got its name because the inventors failed 408 times. Who knows, but it sounds like a story worth repeating. I have talked to people who are successful in different areas of their lives and all of them say the same thing, that failure is most definitely part of the equation of becoming successful. That it comes with the territory and that no matter how big or small those successes were, failure happened at some point.

Yet failing is failing is failing, right? It's all in the eye of the beholder, as well as, what happens as a result of that failure. It's about picking ourselves up and getting back to business, not giving up and remaining immobile because life happened to us. Listen, life happens to everybody. We just have to know who we are in Christ and follow Him, is all, "...thanks be to God, who gives us the victory through our Lord Jesus Christ. Therefore, my beloved brothers, be steadfast, immovable, always abounding in the work of the Lord, knowing that in the Lord your labor is not in vain" (1 Corinthians 15:57/58). My stance is simple: as long as the Lord is with me throughout any of it, I'm good. I know what He says about me and I know success and victory are mine.