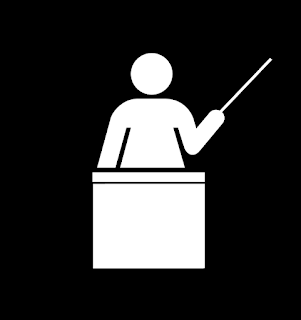 Some time ago I had a conversation with somebody who criticized a speaker/leader I know.


The speaker was someone who speaks often and has a high-profile position in the community. He was criticized because the person didn't like a few things he said, although the person still supported what he stood for. In other words he wasn't so far off to say or believe something so crazy that people didn't follow him anymore. He was still on point in his message. It's just the person didn't like something he said and how he said it. My stance was that it is normal for anyone to stumble, mess up, and fall short sometimes even if that person is a high-profile speaker. I told her to cut him some slack considering how much he actually spoke. Who gets everything right all the time? Not even Lebron does and he is the best basketball player ever :). The more we do the more chances we have to stumble and the more we do the more chances we have to get things right. So there really isn't failure in my eyes. It's just honing our craft and learning from our mistakes, because we all make them.

Such is the case with my blog. As you know I blog every single day and sometimes I don't get things quite right. I know that. And if the Lord puts something in my spirit that I should fix I will fix it. No questions asked. I have corrected things before and I will continue to. I'm not talking about writing what people want me to write the way they want me to write it. That will be dismissed almost immediately. I'm talking about the things that God has told me to correct.

My point? When people are putting themselves out there for others, they deserve forgiveness too, as well as, some elbow room. We are just trying to help people by using the gifts God gave us and when we find ourselves in error please understand that we are not coming from a bad place. We are simply the imperfect humans God has positioned to spread His gospel in one form or another. And we must remember that in spite of how many times we stumble, "the Lord makes firm the steps of the one who delights in him; though he may stumble, he will not fall, for the Lord upholds him with his hand (Psalm 37:23/24). We're just trying to get things right.