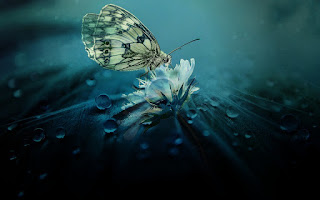 Do you know you are strong, because God made you that way? It doesn't matter what the enemy is telling you, you are strong -- warrior strong like David. Yes, he was a mighty warrior and he had mighty warriors called Mighty Men, with him. 2 Samuel 23:8-39 confirms they had courage, power, strength, resilience, push-through and most importantly, God. That's what God has equipped us to have, as well. That's what God does for warriors -- the ones who war for a life with Him. He equips us to fight to the end in order for others to see Christ. Yes, He needs the strong to do that.

Thus, the warrior spirit is in the person who doesn't stop when the pressure comes. They don't give up or back down to a challenge. They fight until the war is over. They never throw in the towel. They may get scared, uncomfortable, and tired every now and then, but they keep fighting. That's what any great man or woman in battle does. He or she doesn’t depart from the post the Lord has them on and never aborts the mission. They stay until game over. Be encouraged as you continue to stand strong in the Lord.