Stay with your vision 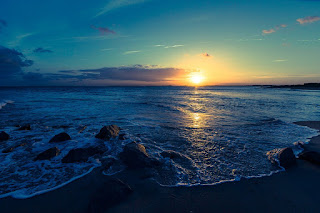 Where there is no prophetic vision or revelation, people perish; but blessed is the one who heeds wisdom’s instruction (Proverbs 29:18).

Just think about it. Let's take the successful victorious person ok, who takes on a challenging difficult endeavor and has less of an outcome than he expected. To some he may have actually lost or failed. But, not so. In his mind he is still a winner. Yes, what some think was a misstep, he sees as another opportunity to get things right. He sees it as experience. He knows eventually things will line up for Him. He still pictures his vision and he never takes his eyes off of it. What some may have called a failure, he knows will make him better equipped when he tries it yet again, which he will, because he never gives up. That's the person who stays with his vision and never expects anything less, because he knows what God told him.

Remember what God says about you, ok? Jeremiah 29:11 says, God knows the thoughts and plans He has towards you, which are thoughts of peace and not of evil, to give you a future and a hope. So, stay with your vision and keep picturing yourself where God sees you. Let nothing stop you and you will get there. Success and victory are imminent for you. It's just a matter of time.