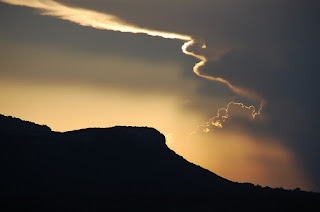 
Some of them may say His name in a sentence every now or then, but they really have no real concept of Him. They just imagine Him as a far-off entity that has no real bearing on their lives and/or they just consider Him a "higher being" of some sort. Some of the people who have been blessed (by God) with monetary wealth are sometimes the most challenged when it comes to that mindset, as well as, some of the people who have had really negative and awful things that happened in their lives. The former thinks they've acquired their wealth all by themselves (self-made) and they think God (Jesus) had nothing whatsoever to do with it. They consider themselves "lucky." And the latter questions where God was to allow such bad things in their lives and thus, does not believe He really exists either.

Let me say this, God is real. How are you breathing? How is your blood flowing? How was your brain made? Please don't say science, because if you do you're going to have to explain that and nobody can do that. Listen, God is real and He has a plan for all of our lives (Jeremiah 29:11) and guess what else? We can tap into the details of that plan at any time. That's right, God will share His plan with us, but only the part we can handle. He will tell people who are financially secure, who, what, when, where, why, and how they are to use their money to impact His kingdom. He will tell the people who had so much trauma and tragedy in their lives, who, what, when, where, why, and how they are to use their pain to impact His kingdom. And as He does all of that He will give peace, solace, comfort, calm, and tranquility like no one has ever known before. I'm not saying everything we be perfect, because it won't. I'm just saying that when we communicate with Him, many of the questions we have will be answered and our life will change so much so that we will see life though His wonderful and awesome spirit. Then we will know beyond a shadow of a doubt that He is real and His spirit still hovers over the earth.