Choose your battles (with podcast episode #14) 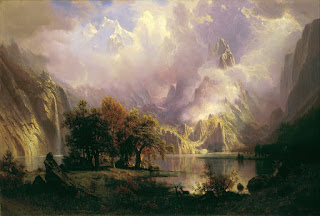 Do you know there's nothing wrong with fighting? I'm not talking about physical fighting or having long drawn out vulgar arguments. Did Jesus do any of those things? No. I'm talking about fighting for what the Lord has for your life. I'm talking about not giving in or giving hard simply, because the going gets tough. As I said before, nothing worthwhile will come easy. We're going to have to put in much effort over and over again.

Lebron James can't be a winner and where he is without practice and putting in the extra work. He has to do lots of things he doesn't want to do to get where he wants to go. It's no different for you and I. We have to fight too. In fact Jesus was a fighter. He never backed down to anyone, anything, and any place. He had to continually fight the Pharisee, the Sadducees, and the Scribes. They were the ones who came against Jesus at every turn. And although Jesus stood up to them, He was a gentleman at the same time. And Jesus won too, because today we still serve Him, not the others. So, yes fight when you must, but fight smart, choose wisely and do it in Jesus name. Yes I know that's easier said than done sometimes, but operating in that fashion is a must for us to get closer to the Lord. It's a must if we are to connect and reach the people He wants us to. Remember, this God life is about more than just ourselves, right? Right.

Choosing our battles means that we must fight when God says fight. That can mean different things at different times. 1 Samuel 30 when David asked God if he should pursue the Amalekites who raided his camp, set fire to it, and kidnapped everyone's families, God told David to fight. God told David to go for it and that David would win. In other words, David was free to take care of business and he went full force against the Amalekites. He took no prisoners, literally. He cleaned house and got everything back and more. David chose his battle wisely by seeking the Lord and he won. Whatever battle were facing today, we can do the same. The details may be different, but when God is in it, He's in it. The details don't matter. When we take the mountains to Him, He will either move them for us or give us the tools to do it ourselves. Either way, God is leading our way into victory. It's all about staying in tune with the Lord, keeping our relationship with Him, and letting Him order our steps. I don't believe anybody ever goes wrong when that happens.