A made-up mind (with podcast episode #11) 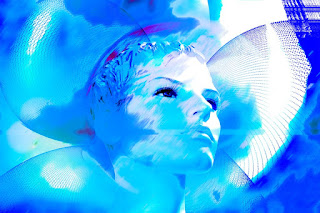 Have you ever looked at someone, maybe an athlete or anyone you know and you just knew they were going to be successful? You knew they were going to make it, because you saw that look of determination on their face. I have a friend who has a friend in the NFL (National Football League). She went to college with him and she would often tell me how early he would get up to work out, 7 days a week. She said he would run, lift weights, and anything else most of us probably wouldn't come close to even thinking about doing. He would eat the right foods throughout each day, he went to bed early, and never went out to drink with the football players during the weekends. He had a made up mind and now he's playing in the NFL and the last time I looked him up, his net worth was 20 million dollars. Winning.

I don't know about you, but that's inspirational to me. I get inspired and motivated when I hear about such people. And when I used to watch TV, one of my favorite shows was the Biggest Loser, because those contestants had a similar mindset. I admired how they put themselves out there to get what they wanted. They opened themselves up to our critique, analysis, and opinion of them and they still did amazingly well as a result. Even if they didn't win, they really were winners, because they proved to themselves and us watching, that anything was possible when you put your mind to it. They had made-up minds and there was nothing anyone was going to tell them any different. They took a chance and they were now new people who achieved a high goal they set for themselves with all of us watching. They had grit, perseverance, and determination. Who couldn't respect that? How many of us could have done what they did?

What is it you want to do in your life? With a made-up mind you can also get there. If someone has to do it and it's what lives in your heart -- your purpose -- the vision God has for you, why can't it be you? If time is going to go by anyway, why not just do you? Why not achieve your goals? Why not seek out what God has for you? Why not do what makes you happy if its in God plan for your life? If God placed it in you, I believe it will be something that gives you joy and satisfaction. I really believe that. You too can be someone new. You too can achieve big things. 2 Corinthians 5:17 says, "therefore, if anyone is in Christ, he is a new creation. The old has passed away; behold, the new has come." If God is for you, who can be against you? Nobody. With a made up your mind, start where you are, and keep going. You can get what you want with a made-up mind. And that's the truth of the matter.