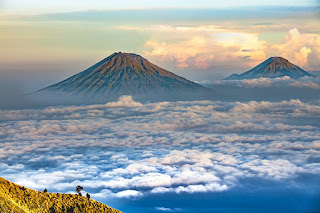 Have you ever seen a super athlete under extreme pressure, but before and during the athletic challenge, he will say "no pressure, I got this"? Even though the pressure and stress are clear and present, that athlete will not give it any energy or attention. He will block it out and focus his energy on the positive and he will remain in his peace. Yes and when he eventually wins, because he will, simply because he finished and he completed the challenge without giving up, he will recognize that although the pressure was high and heavy, it would never do him in. It would never get the best of him, and it would never overwhelm him, because he did not let it. That's right. He spoke the win into existence. In the beginning, he said, "no pressure, I got this." And let me tell you, it's just that simple to start it. Now, was everything easy for him? Of course not. He had to put in the work and he had to fight for that win. It didn't come easy. So it's no surprise that winning is always imminent and straight ahead for him. It's evident that the super athlete doesn't let anybody and anything get in his way. In his mind there is no pressure that will overcome him. He's got this, and he has come to win. He's not concerned about the competition, he's not concerned about the naysayers, and he's not concerned about any outcome other than winning. He's prepared for winning for far too long to let any of that distract him. He's sacrificed too much. He knows how far he's come. And he knows where he's going. He's unstoppable. He feels like he can do anything. And guess what? So can you, because Philippians 4:13 says, "I can do all things through him [through Christ] who strengthens me." No pressure. God is with you and He gives you the strength to win.

Consequently, if you have God and you have the traits of the super athlete, you will win. In fact in the spirit you're already winning and in the end you will get the natural victory. Oh yes, so use pressure to your advantage like the super athlete does. You will get what God has for you so, don't get distracted. Stay focused. Stay with God and watch what He does in your life. You got this. No pressure.