God Looks after His Anointed 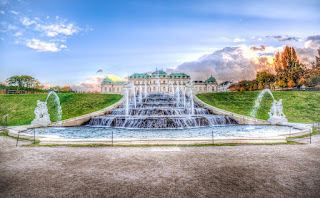 Wherever it is you want God to take you, He will. If it's a palace or your equivalent to it, then so be it. But let me tell you this: it won't come easy. Oh no. You're going to have to go through some things to get there. God doesn't just reward, going through the motions, or doing things here and there, or not proving perseverance, determination, stamina, and intense training with Him. If that were the case He would reward the ones who don't trust or believe in Him to fulfill His promises. Every Tom, Dick, and Harry would be getting blessed to big places for no reason and the first thing they would do is give themselves the glory. You think God works like that? Please.

Take Joseph for instance, left for dead by his jealous evil brothers. Yet God had something better for Joseph and Joseph proved himself worthy of getting it. He went through hell and he stayed with God during the entire process. He ended up, literally, in the Pharaoh's palace. The same man who did him dirty (Genesis 39) just as his brothers did. But look at this, in Genesis 50:20 he told his brothers, "You intended to harm me, but God intended it for good to accomplish what is now being done, the saving of many lives." After everything he went through, Joseph ended up being the second man in charge of the kingdom and was put in a position to help many others, including his brothers. Look at that.

Won't God do it? Don't think for one minute that He won't look after His anointed.