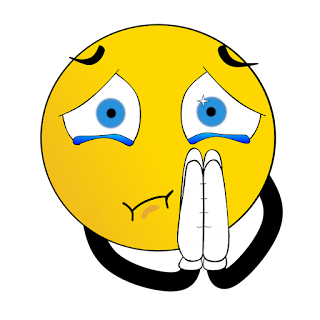 The Lord loves all people. There is no hatred in Him when it comes to people. He hates the deeds that we sometimes do, but He doesn't hate us. Why? Because the God who is made up of love cannot hate anyone and "whoever does not love does not know God, because God is love" (1 John 4:8). And that means that God will never turn His back on us no matter what we've done. I'm not saying there will be no consequences. I'm just saying God will be with us throughout what we may have to go through. And when He is with us, who can be against us? He will never leave us or forsake us.

So, considering that, why do you think people have turned that backs on Him? Why do you think when everything was going well, some people were all for Him, but as soon as things started going down, they turned their backs? He was there for them and now they act as though He hasn't done anything for them. All He did was love them -- love all of us. For, as the scripture says, He is love.

I just pray that people will come back to Him, especially since they were called by His name. If my people, which are called by my name, shall humble themselves, and pray, and seek my face, and turn from their wicked ways; then will I hear from heaven, and will forgive their sin, and will heal their land (2 Chronicles 7:14).

God wants His people back.