So, you really think you're down with me? Really? 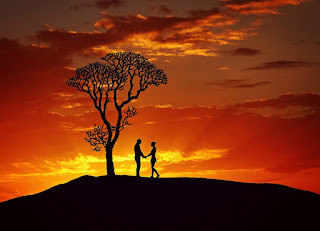 "Don't let anybody reign with you who didn't suffer with you" (TD Jakes).

I was listening to one of TD Jakes' electrifying sermons and that is what he said. It resonated with me. When you go through some things and people see that you've weathered the storm, that you've come out on the other side, then they come around again. But the devil is a liar, yet again. Be careful of the people who want to chill with you after the valley. After the fire. After the treacherous crossing over the dangerous terrain. After all the hurt, pain, and trauma. What I usually say to the people who come around after the dust has settled, is very little. My guard is up. I'm wondering what they want. Why are they coming around now? Where were they when the surreal "am I really living this" was present? Where were they when I was living a hellish nightmare? Where were they when I needed someone to talk to? Where were they when I thought I was going to lose it? Where oh where?

Although I don't wish them any ill feelings, I certainly don't count them anywhere close to my inner or outer circle. They best not even come around it. They should look from a distance -- a long one. At this point in my life I'm better, because of all I've been though and I'm far from bitter, because of the God who lives inside of me. I'm much smarter and not the naive person I used to be. But my position is resolute that me rolling with them is not cool anymore. I still have love for them, but that's pretty much where the buck stops. Like Will Smith said, 'if you weren't part of my struggle, you're not down with my success.' It's a simple philosophy. It's one of those situations where you now know who your real true wake-them-up-at-3am-to-talk, friends are and they talk to you freely like it's 3pm. They are there for you during the good and the bad. Yes, those are the ones who are really down for me and me for them. So, yes I'll stick with my iron-clad friends, because "Iron sharpens iron, and one man sharpens another" (Proverbs 27:17).

The lesson here is this: in life, circumstances change, people change, and places change. And we have to be ok with that.