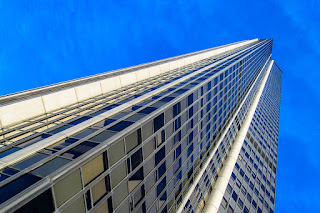 Did you know skyscrapers are first built under ground in order to have a solid foundation?

And that foundation is called its core, which sets the stage for everything that happens from there. Its cores has something called Cut and Cover and is "a method of tunnel construction that involves digging a trench, building a tunnel, and then covering it with fill" (pbs.org). So, as you can surmise, foundations are a big deal when it comes to withstanding the mighty forces that will assuredly come against those buildings. And "by clustering steel columns and beams in the skyscraper's core, engineers create a stiff backbone that can resist tremendous wind forces" (pbs.org). That's fascinating, isn't it? I love to watch videos on constructing things like skyscrapers and bridges and I love watching construction sites. The transformation is intriguing.

It's all about that foundation.

In order for us to withstand those forces that will come against us, I have to ask the question: Is our foundation sturdy, secure, and solid? Because we're going to most definitely need one and it can't be one built upon sand. It has to be rock hard and rock steady. Matthew 7:24-27 talks about that. It says the following about building your house (your foundation) on The Rock (on Jesus):

Just like the foundations of skyscrapers has to be air tight, so does our foundation. We have to ensure it is built on the the Lord Jesus Christ. That way, we will be able to rely on a foundation that will forever hold us up when those strong storms come.