You're Going to Have to Fight For It 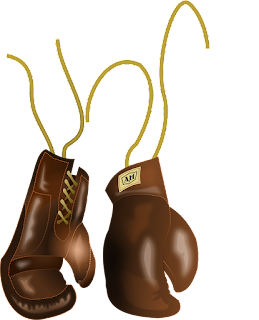 I do not believe for a minute that anything worthwhile will ever come easy.

It's going to take some elbow grease, hard work, and sacrifice. At a minimum.

And we should really want it that way, because more than likely, it will last much longer had it just been given to us. I liken it to the scenario of a man who goes fishing. That man is more likely to appreciate the prize after he's been out at the lake all day waiting and preparing for those fish than if someone were to give him a boatload. Would he take them if someone gave them for free? Most people would, but most of us wouldn't appreciate them like we would if it was our own blood, sweat, and tears.

Suffice it to say that we're going to have to fight for the things we want in life. And we cannot give up until the mission is accomplished. "...in all these things we are more than conquerors through God who loved us (Romans 8:37), which means we can do anything with God on our side.