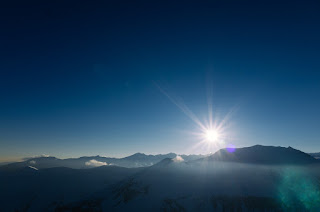 "A few days later, when Jesus again entered Capernaum, the people heard that he had come home. They gathered in such large numbers that there was no room left, not even outside the door, and he preached the word to them. Some men came, bringing to him a paralyzed man, carried by four of them. Since they could not get him to Jesus because of the crowd, they made an opening in the roof above Jesus by digging through it and then lowered the mat the man was lying on. When Jesus saw their faith, he said to the paralyzed man, “Son, your sins are forgiven.” (Mark 2:1-5).

Wont God do it? He will indeed, especially when we will stop at nothing to get to Him. And when we have unflinching faith like the paralyzed man, it doesn't matter who is standing around watching, God will do it. Yes, He will bless you in front of anybody.