A risk of faith 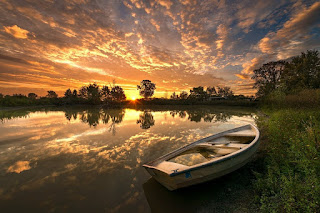 "A woman who had suffered a condition of hemorrhaging for twelve years—a long succession of physicians had treated her, and treated her badly, taking all her money and leaving her worse off than before—had heard about Jesus. She slipped in from behind and touched his robe. She was thinking to herself, “If I can put a finger on his robe, I can get well.” The moment she did it, the flow of blood dried up. She could feel the change and knew her plague was over and done with. At the same moment, Jesus felt energy discharging from him. He turned around to the crowd and asked, “Who touched my robe?” His disciples said, “What are you talking about? With this crowd pushing and jostling you, you’re asking, ‘Who touched me?’ Dozens have touched you!” But he went on asking, looking around to see who had done it. The woman, knowing what had happened, knowing she was the one, stepped up in fear and trembling, knelt before him, and gave him the whole story. Jesus said to her, “Daughter, you took a risk of faith, and now you’re healed and whole. Live well, live blessed! Be healed of your plague.”

Perhaps some of you have heard that story in Mark 5:25-34, about the woman with the issue of blood. As you can surmise from the story, she had suffered for many years, until one day when Jesus was passing by, she took a leap of faith that paid off for her. She reached out to Him and was healed as a result.

For you yourself, what do you need faith for today? What has been bothering you for far too long now, that you not only need a touch from the Lord, but you know you need to reach out and touch Him? If you need a move of faith in your life, one simple risk of faith may do it for you. Maybe just maybe, you need to seek the Lord again about that issue or about the thing that has been weighing heavily on you. And maybe He will tell you the same thing He told the woman with the issue of blood, “Daughter [or son], you took a risk of faith, and now you’re healed and whole. Live well, live blessed! Be healed of your plague.” Hallelujah everybody, hallelujah to that.