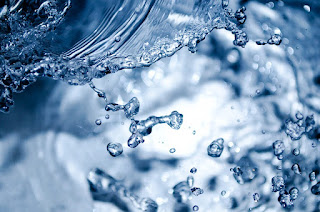 "Now he had to go through Samaria. So he came to a town in Samaria called Sychar, near the plot of ground Jacob had given to his son Joseph. Jacob’s well was there, and Jesus, tired as he was from the journey, sat down by the well. It was about noon. When a Samaritan woman came to draw water, Jesus said to her, “Will you give me a drink?” (His disciples had gone into the town to buy food.) The Samaritan woman said to him, “You are a Jew and I am a Samaritan woman. How can you ask me for a drink?” (For Jews do not associate with Samaritans. Jesus answered her, “If you knew the gift of God and who it is that asks you for a drink, you would have asked him and he would have given you living water.” “Sir,” the woman said, “you have nothing to draw with and the well is deep. Where can you get this living water?  Are you greater than our father Jacob, who gave us the well and drank from it himself, as did also his sons and his livestock?” Jesus answered, “Everyone who drinks this water will be thirsty again, but whoever drinks the water I give them will never thirst. Indeed, the water I give them will become in them a spring of water welling up to eternal life.” The woman said to him, “Sir, give me this water so that I won’t get thirsty and have to keep coming here to draw water.” John 4:4-15

The story ends with the Samaritan woman having a life change and telling others what Jesus did for her, which was to also forgive her and wash her clean from anything she did in her life that she wasn't proud of. In other words, the things she did before never happened regarding the Lord, because He wiped the slate clean.

Have you ever felt like the Samaritan woman? I know I have and He did the same for me. He gave me a new life and made me a new creation. He is no respecter of persons either and He is there for anybody who wants to experience Him. He will not judge anyone or anything that was done in anybody's past. He will give anyone a new life.