The struggle is not yours 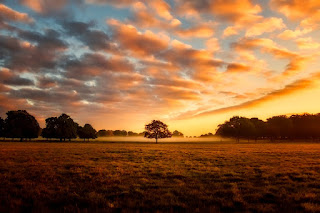 Do you know, that if you're struggling in any area of your life, I've come to tell you that the battle is not yours, it's the Lord's. Oh yes, He will fight your battles for you.

There are many examples in the bible when the Lord fought for His people and all they had to do was remain silent. That's another awesome thing about the Lord. He will tell us when we need to fight against the things coming against us and when He will take over. He did the latter in Exodus 14 when the Israelites were fleeing for their lives from the evil Pharaoh, who wanted to keep them enslaved. But the Lord said, not so. He sent Moses and Aaron into the king (Pharaoh) and told him he had to let God's people go. The king refused countless times and the Lord showed him who He was by sending 10 plagues of destruction against he and his kingdom. The king finally relented only to change his mind and chase the Iraelites towards the Rea Sea, which was a divine set up by the Lord. You see, when the Israelites got to the sea, God dried up the sea and they were able to walk safely to the other side. When Pharaoh's army chased after them, his army perished -- every last one of them -- when God released the waters over them. Now, I ask you this: Did God's people have to lift one finger in response to their enemies? I think you clearly know the answer to that.

Be encouraged as you know that when the Lord is for you, who can be against you? No one, because the Lord has taken your struggle and he's got you covered from all directions.