It's ok to be different 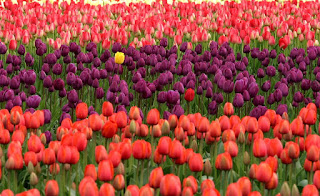 When I look at the 'Hall of Faith' in Hebrews 11, I can't help but think that the people who did great feats of God were the people who were the most different. Although some of them may have been uncomfortable to do the things they did, they nevertheless, did them. That's what it's going to take to do the things ordinary people won't do. Are you one of those people who isn't afraid to be different, isn't afraid to be the odd one out, and isn't afraid to stand alone? If so, then you have the makings of a great leader who God can use to do mighty things. Like many of the leaders in Hebrews 11, going to high levels will require being alone and lonely sometimes. And it will require being isolated and sometimes even alienated in order to do what God wants you to do. Being such a leader may even take being misunderstood, being labeled crazy or weird, and some even thinking you're a nerd. You must not let any of those things bother you. In fact if you are going to do extraordinary things for God, being in your right mind is a must to be able to do them. You have to be a strong, obedient, and willing vessel and just any ole person can't step up to do those things. It has to be somebody amazing and that would be you. So just realize that if God called you to it He will be with you the entire way as you go through it. He will never leave you out there. Why would He if He called and chose you do to it? Wouldn't that be contradictory? Listen, God isn't a God like that. Just the opposite. He's a strategic God who knows exactly what He's doing and why He's doing it. And He's never wrong. Never. He's perfection at its finest.

So what am I saying? I'm saying that anybody who is chosen to be a serious leader will have to go through things to be worthy of such an important role. It's part of the process. So just in case you may be saying, "I am afraid", well you're in good company. And what I'd say to that is just do it anyway, because that's what great leaders do. You're going to be just fine, because, "for many are called, but few are chosen" (Matthew 22:14). You're one of the special ones, so continue to be different.