Stay focused on what's in front of you 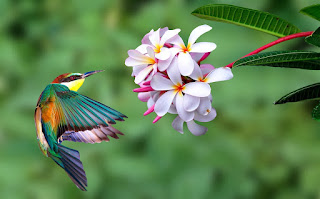 “Do you not know that in a race all the runners run, but only one receives the prize? So run that you may obtain it” (1 Corinthians 9:24).

I think most of us have heard the story of the tortoise and the hare, right? If not, you can access the childhood fable here. In a nutshell, it's the story of two animals who raced each other. One was cocky and one was humble. The hare was the arrogant one who they both knew was faster than the tortoise. There was no denying that. The hare continued to brag and boast about how much faster he was over the tortoise and when the tortoise could take it no more, he agreed to challenge the hare. The race was on. The tortoise started out like any tortoise would, slow as a...well...a tortoise. And the hare decided that he would mess around and waste some time doing this and that. He knew there was no competition before him. Every now and then he would watch the tortoise from a distance and like any egotistical, he was convinced that since he was smarter and more talented, he would out-perform anyone anytime he wished. He wasn't worried, he had this.

Does that story remind you of anything in particular? It's a clear narrative about staying in the race no matter the naysayers, continuing on despite what's going on around you, and staying focused on what's in front of you. It's about knowing that in a race all the runners run, but only one receives the prize, so we should run that we may obtain it. That's what the tortoise did and I never once heard anything about him looking back with any concern about what the hare was doing. Did you? Stay focused on what's in front of you.