The fire won't burn you 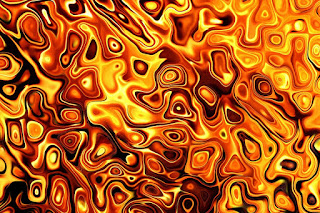 There were three men in the bible whose faith was tested and they ended up in the fire. Literally -- they were in the fire.

Their names were Shadrach, Meshach and Abednego. Three courageous leaders in the bible who didn't bow down to no man when it came to compromising who they were -- three men who stayed true to God. They put God first by standing firm in their faith in Him. In the book of Daniel, Chapter 3, during King Nebuchadnezzar's reign, it was told to him that Shadrach, Meshach and Abednego would not bow down and worship the king's god, so they were put in a fiery furnace. Yet instead of being consumed by the fire, God was with them. Literally.  He was in the fire with them and not one of them was singed or burned by it. All three of the men walked out unharmed. It was like they were never even in the fire.

That's what happens when we go through our struggles and when we're thrown into the fire. As long as we're praying to the Most High, we can rest assured that He will be with us when the heat gets turned up. He will never leave us no matter how hot those flames get. We should be encouraged by that.