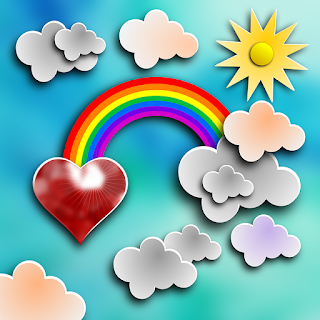 What if God kept a record on our misbehavior? What if He kept tabs on us when we said or did something wrong? Oh boy, we would be in a world of trouble wouldn't we? Thank God for His grace and mercy. Thank God for His forgiveness of the things that come out of the mouths of His children and the stupid things we still do -- at least I will speak for myself and say, yes I still get it wrong sometimes. Yet, God doesn't hold any of it against me or against you. He's that forgiving, that awesome, that mighty in grace and mercy. Why wouldn't we thank Him every chance we got, which is often? I think you would agree that it's so gratifying for the love His showers us with -- His abundance of grace that He covers us with when none of us deserves it. "But with you there is forgiveness, so that we can, with reverence, serve you" (Psalm 130:4).

Hear what Sha Sha has to "say" about the awesome God who doesn't keep tabs on His people. Sha Sha is my avatar, so her face is based on my face and the voice you hear is actually me speaking through her.