God knew what he was doing from the very beginning 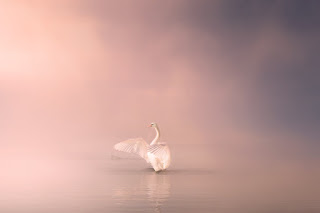 Do you know, God knew what he was doing from the very beginning? Romans 8:29:39 says:

"God knew what he was doing from the very beginning. He decided from the outset to shape the lives of those who love him along the same lines as the life of his Son. The Son stands first in the line of humanity he restored. We see the original and intended shape of our lives there in him. After God made that decision of what his children should be like, he followed it up by calling people by name. After he called them by name, he set them on a solid basis with himself. And then, after getting them established, he stayed with them to the end, gloriously completing what he had begun.

So, what do you think? With God on our side like this, how can we lose? If God didn’t hesitate to put everything on the line for us, embracing our condition and exposing himself to the worst by sending his own Son, is there anything else he wouldn’t gladly and freely do for us? And who would dare tangle with God by messing with one of God’s chosen? Who would dare even to point a finger? The One who died for us—who was raised to life for us!—is in the presence of God at this very moment sticking up for us. Do you think anyone is going to be able to drive a wedge between us and Christ’s love for us? There is no way! Not trouble, not hard times, not hatred, not hunger, not homelessness, not bullying threats, not backstabbing..."

Those verses come from Romans 8:29:39. And as the title of this message says, God knew what he was doing from the very beginning. For those of us who love Him, He has shaped our lives from the start calling us by name. He sent His son, Jesus for us and now Jesus is the intercessor for us. So, whatever you're facing today, just realize these verses. Relish in them, because these words were sent to encourage you today that you have not failed, because God has called you to by name to greater heights even though He knew everything that happened, would happen. That's great news for you, so don't let anything stop you. Nothing.