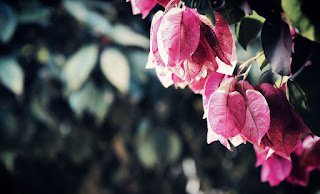 David said to the Philistine, “You come against me with sword and spear and javelin, but I come against you in the name of the Lord Almighty, the God of the armies of Israel, whom you have defied. This day the Lord will deliver you into my hands, and I’ll strike you down and cut off your head. This very day I will give the carcasses of the Philistine army to the birds and the wild animals, and the whole world will know that there is a God in Israel. All those gathered here will know that it is not by sword or spear that the Lord saves; for the battle is the Lord’s, and he will give all of you into our hands.”  As the Philistine moved closer to attack him, David ran quickly toward the battle line to meet him. Reaching into his bag and taking out a stone, he slung it and struck the Philistine on the forehead. The stone sank into his forehead, and he fell facedown on the ground (1 Samuel 17:45-49).

Wowwwwww, what a story, right? Some of you may be familiar with the popular story of David and the giant, Goliath. It was about the story of when a giant -- a formidable foe -- intimidated, scared, and terrorized a people. But it didn't end well for him. You see, when God is for you, who can be against you, right? Comon somebody. I've come to remind you that giants fall.

Are you confronted with a giant today? What is it? Who is it? Is it a giant that is coming against your family, your health, your finances, your job, your future?  Whatever it is though, take a cue from the playbook of David -- a man after God's own heart, a man who didn't back down to any enemy, and a man who knew to where his power came. Yes, take a cue from him that whatever giant you're up against today, if you are standing with God, He is standing with you and you will be able to defeat any giant that comes your way, because giants fall. Remember that.