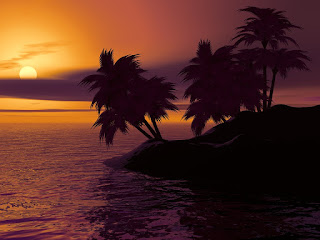 I've heard many people tell the story of David and the evil giant Goliath, but I've never heard anyone say that there were actually two giants in the story. One was Goliath and the other was David. Yes David.

1 Samuel 17 tells the story of how David killed the giant punk Goliath by casting a stone that hit him in the forehead. Goliath wasn't used to anyone going up against him. He would taunt the people of God and they were all afraid of him. He was a bully that ran his mouth all the time, but David was the one who eventually shut it forever. Who would have ever thought the little ruddy David would be the one who defeated a great big giant?

Goliath was the natural giant standing at "six cubits and a span" (v 4), which meant he stood 9'6"! Yet David was the real giant and although he was naturally short compared to even regular sized men, he ran towards Goliath. He didn't run away. That's the epitome of a giant, isn't it? It's a great example of a spiritual giant, a mighty warrior, a champion, and a survivor. Goliath went up against a much bigger giant than himself and he lost. That's what happens when we put God first, which is what David did. David was a winner, because he sought the Lord in his battles. And I would imagine that you yourself are like David, because you are still standing after going against a giant like Goliath. Your giant may have been a huge mountain of problems in front of you, but you're standing in triumph, because you didn't back down either. And for that, you are a giant too. Yes you are.