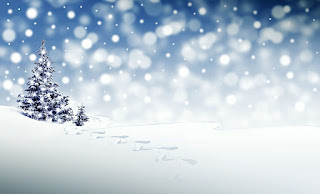 "Then Hannah prayed and said: “My heart rejoices in the Lord; in the Lord my horn is lifted high. My mouth boasts over my enemies, for I delight in your deliverance. “There is no one holy like the Lord; there is no one besides you; there is no Rock like our God. “Do not keep talking so proudly or let your mouth speak such arrogance, for the Lord is a God who knows, and by him deeds are weighed. “The bows of the warriors are broken, but those who stumbled are armed with strength. Those who were full hire themselves out for food, but those who were hungry are hungry no more.

She who was barren has borne seven children, but she who has had many sons pines away. “The Lord brings death and makes alive; he brings down to the grave and raises up. The Lord sends poverty and wealth; he humbles and he exalts. He raises the poor from the dust and lifts the needy from the ash heap; he seats them with princes and has them inherit a throne of honor.

“For the foundations of the earth are the Lord’s; on them he has set the world. He will guard the feet of his faithful servants, but the wicked will be silenced in the place of darkness. “It is not by strength that one prevails; those who oppose the Lord will be broken. The Most High will thunder from heaven; the Lord will judge the ends of the earth. “He will give strength to his king and exalt the horn of his anointed."

What a prayer, right? That came from 1 Samuel 2:1-10 when Hannah gave praise and worship to the Lord. You see, she was once barren -- she couldn't bear children, and was taunted, teased, ridiculed, and talked about by Penninah, who had lots of children. But, guess what? The Lord ends up blessing Hannah, who stayed faithful to Him. Won't He do it? He will. Hannah ends up bearing fruit -- much fruit. She produced Priest, Judge, and Prophet Samuel, who grew up to be strong man of God and influential to two kings, Saul and David. And God blessed Hannah with 5 more children on top of that. So, yes she had much to rejoice about in her prayer and notice who she gave the glory to: the Lord. Won't He do it? Yes He will.