The Steadfast Love of the Lord 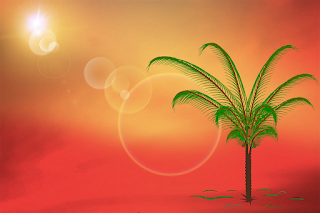 "Behold, the eye of the Lord is on those who fear him, on those who hope in his steadfast love" (Psalm 33:18).

That means stand strong, stand firm, and stand steady in the Lord who gives you the power to get so much. He gives you the power to get peace, joy, happiness, wealth, great relationships, and much more. Does that mean that everything will always go perfectly? You know the answer to that. What do I say in my applicable blog posts? The answer is a resounding "no", nothing goes according to the ways we want them 24/7. If anybody tells you that, just know that they are thinking more like the Pharisees and Sadducees, who thought if tradition and rules were followed then things would be perfect. And they were quick to judge others except themselves, especially if they saw anything that went against tradition (urrrrrgh, that's one of my least favorite words). Anyway, they were clearly against Jesus and even wanted to test Him (Matthew 16:1-12).  Imagine that. Such thinking is not on the things of the Lord. It's prideful and arrogant thinking, which is not standing in fear of the Lord. It's acting qualified like we've got it all together. Who has it all together? Do you know anybody besides Jesus who has it all together? I don't know anybody else who qualifies as perfect and who does everything right. Jesus is the only one I can think of and He doesn't call the people who think they're already qualified. He can't work with that attitude, because it's ignoring this important point: "God chose what is foolish in the world to shame the wise; God chose what is weak in the world to shame the strong; God chose what is low and despised in the world, even things that are not, to bring to nothing things that are, so that no human being might boast in the presence of God" (1 Corinthians 1:27-30).

I say all of that to say this: stand strong in the steadfast love of the Lord and continue to do so. It doesn't matter what anyone else is doing, whether anyone judges you, or what anyone thinks of you. Just stand strong, firm, and steady in Him.

Hear what Sha Sha has to say about our steadfast love for God. Sha Sha is my avatar, so her face is based on my face and the voice you hear is actually me speaking through her.