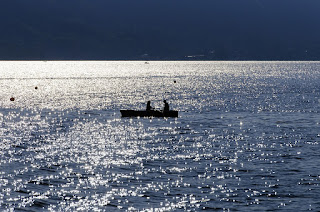 I don't know any successful people who didn't have faith before they became successful. They had faith/trust that they were going to make it. I listen to entrepreneur after entrepreneur and it's always the same thing. They never quit and they believed in something bigger than themselves. They continued on despite setbacks and closed doors. But who I really admire are the ones who are not only successful in business, but in business and spiritually. The ones who know the Lord Jesus. I never tire of hearing their faithful stories. What a winning combination, huh?

On the other hand, to imagine the people who are "successful", but don't have God, is quite daunting, because anything God isn't a part of has limited leverage. God is an everlasting forever God and faith without Him is dead on arrival even if it looks like it will turn into something. In other words, spiritual success and connections must accompany natural success, because "without faith it is impossible to please God, for whoever would draw near to God must believe that he exists and that he rewards those who seek him" (Hebrews 11:6).

That's why Abraham was so successful. "By faith Abraham obeyed when he was called to go out to a place that he was to receive as an inheritance. And he went out, not knowing where he was going" (Hebrews 11:8). Then God blessed him for it (made him successful), then he became a father of many nations, he became fruitful, and many kings and offspring came from him (Genesis 17:5-7). How much more successful can you get than that?

God will do it.