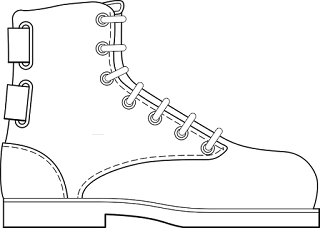 Sometimes we think we need lots of people to help us fight our giants in order to go to the next level in what God has for us.

But don't you know God will weed out the people will think we need, to get His will done? And He will have us do an impossible feat with one or a few people when it should take many. That's what He did for Gideon (Judges 6-7). Gideon was the 5th judge in the bible back when judges were God's chosen leaders in charge of the people (Israelites). Gideon was also a prophet and a mighty warrior. God chose him to lead the people in their fight against the Midianites. At first Gideon was doubtful that he should be the chosen one to lead the Israelites, but an angel of God told him he would be ok and the Lord would be with him. To make a longer story short, Gideon's army started with 32 thousand men and the Lord dwindled that number down to 300.

Who were as vast as locusts.

Who had too many camels to count.

An army clearly more powerful and more well-equipped than Gideon's army. It was truly an uphill impossible battle for Gideon's 300...in the natural scheme of things, that is.

Yet God is a supernatural God who makes things happen so much so that people will shake their heads in disbelief as they say, "what?" "huh?" "how did that happen?" He will defy reason and make things happen for us that men said could, should, and would never happen and He'll do it so everyone will know without a doubt it was Him.

And you won't need every Tom, Dick, and Harry with you either.