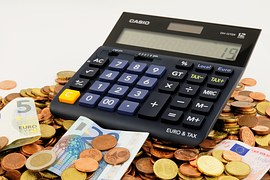 I like this story, because it's about someone who was once mean, dishonest, wealthy and powerful who was willing to do whatever it took to get things right in his life. Although we don't have to be wealthy and powerful to get things right, this story illustrates that if we're willing to give up what we cherish, then Jesus can use us for great things and He will replace what we gave up and give us much more.

We won't miss a beat.

Zacchaeus was the boss (chief) of all the tax collectors. He took advantage of poor people and they hated him for it. When he heard Jesus was coming to town, he wanted to see all the things he had heard about Him. So he climbed a tree to get a better glimpse of Jesus, because he was too short to see over the taller people. Jesus saw him and told him to come from the tree. After his encounter with Jesus he started thinking about the errors of his ways. He thought about how he treated the poor and he came to the realization that he couldn't serve his money and God. He eventually apologized to God and to the people. To make things right he gave half his wealth to those he mistreated and cheated. Most wealthy people couldn't have cared less about doing that. They would have thought their money was enough and they didn't need Jesus. Zacchaeus was different and Jesus blessed him for his change of heart.

Another important aspect about the story is that Jesus didn't care if the people talked about Him interacting with Zacchaeus. He wasn't bothered that the people saw Zacchaeus as a no good low-down dirty dirty sinning tax collector. Jesus loved him, accepted him just as he was, and forgave him for his mistakes. In fact, right after the tree encounter Jesus told Zacchaeus He was going to stay at Zacchaeus' house. Imagine how Zacchaeus felt, after all he had done to hurt people.

Yet Jesus wiped the slate clean (Hebrews 10:17) and pronounced Zacchaeus "innocent of all charges."

"Jesus is the same today, yesterday, and forever", (Hebrews 13:8). He loves us, accepts us, and will eat at our house too if we will open it up to Him.

It doesn't matter what we've done.