God says you're going to be blessed with a promise 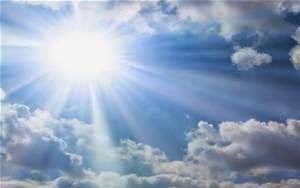 I have gotten so many prophetic words that I would be doing what I'm doing now. But none of it came as a surprise to me, because I knew it for a long time. Nevertheless, it's nice to know when God sends me those reminders of His promises though. They never get old. When we get a promise from God, we just have to know that it will take work and we have to work it. As I said many times, nothing valuable comes easy and nothing from nothing leaves nothing. We're going to have to work for what we want even if God promised it, ok? There's no getting around that.

Be encouraged though, because when God makes a promise He stands by it and when we take Him at His glorious Word (the bible) -- when we put all our faith in Him, then there's no reason to think He would do anything less. "For no matter how many promises God has made, they are "Yes" in Christ. And so through him the "Amen" is spoken by us to the glory of God" (2 Corinthians 1:20).