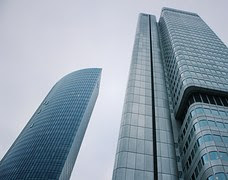 So I'm driving by a new development and I see a building being erected somewhere at the halfway point.

It was really nice.


I thought, how amazing it was that the building looked as if it were there the entire time. I tried to picture what the space looked like before someone got a vision in their minds for a piece of sculpture to fit there. I wonder how long that person had the vision in their thoughts. Did he dream about it? Or how was the concept formed in her mind? How much did she think about it?

They pictured it long before it appeared.

The birth of an idea, a vision, a picture.

They're formed way before anyone sees the evidence. That's how great things are created.

It usually starts as a small thought that finishes in astonishment -- the human mind that could fathom such complex innovation. None of it comes from osmosis or appears out of thin air. I believe such intelligence comes from God. He equips us with everything we do. He's the one who gives us the brains to picture something that He then allows us to bring to fruition. His power never ceases to amaze me. I see the Lord in almost everything. That's why He's the only alpha and the omega, the first and the last, the beginning and the end. He created us from His spirit and then the dust of the earth. Then He freed us up to recreate in many forms.

Because of Him we can develop great things that were never here before. He gives us so much creativity that it'll never run out. I'm amazed every day by His magnificence and His majesty. Nothing is too small or too big for Him.

We just have to use what He gave us and picture it. Then it will be done on earth as it is in heaven.