God is the ultimate protector, it gets no better than that 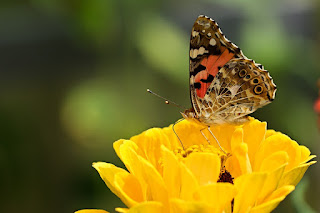 God is the ultimate protector, it gets no better than that. You want more proof? Ok, remember the story of Daniel and the lions den? It was when Daniel was thrown into the lions den based on jealousy and hatred.

This is what happened: In Daniel 6:17-21, a stone was brought and placed over the mouth of the den, and at the first light of dawn, the king got up and hurried to the lions’ den. When he came near the den, he called to Daniel in an anguished voice, “Daniel, servant of the living God, has your God, whom you serve continually, been able to rescue you from the lions?” Daniel answered, “My God sent his angel, and he shut the mouths of the lions. They have not hurt me, because I was found innocent in his sight. Nor have I ever done any wrong before you.” The king was overjoyed and gave orders to lift Daniel out of the den. And when Daniel was lifted from the den, no wound was found on him, because he had trusted in his God."

Won't God do it? He said He would. God is the ultimate protector and it gets no better than that. What lions do you need Him to shut the mouths of? Whatever they are, just lay them on the altar and watch what the Lord God will do for you too.