God is with you 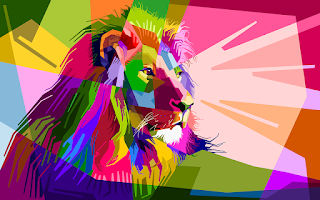 Did you get the last verse though, verse 30? "Then the king promoted Shadrach, Meshach and Abednego..." Daniel 3 is about what happened with the 3 men who served God even though there were people who tried to stop them from serving Him. Because of jealousy and who they were, Shadrach, Meshach and Abednego were lied about, hated, and thrown into a fiery furnace, because they wouldn't bow down to a god they didn't serve. They wouldn't bow down to an idol, because they served the Most High God, but guess what? God was with them when they were thrown into the fire. And when they came out unscathed and unsinged by the fire, guess what else happened? They were promoted. Yes, by King Nebuchadnezzar. Look at God. Won't He do it? Nobody can stop you, because God is with you.

What God has for you, is simply for you and you can't be stopped from doing what it is you were born to do. Is anybody trying to block you? Is anybody trying to steal your joy? Is anybody trying to take credit for something you did? If any of those answers is yes, then God sees what's happening and He's going to vindicate you. Yes, He's going to give you back everything that was stolen from you. It doesn't matter what it is, He's going to give you the victory. That's right, He's going to exonerate you and lift you up, because of everything that was done to you in darkness. He's going to defend you, because of everything that was done to you behind closed doors. And He's going to protect you, because of all the lies that were told against you. Do you hear what I'm saying today? God sees you. He sees the pain you have endured at the hands of those who don't love Him. He sees the injustices that were plotted against you in hidden places. And like Shadrach, Meshach and Abednego, you will come out of the fire untouched and you will shine more brightly than you ever have before. Yesssss, God wants to prove something through your life and He wants to set a table before those who slandered your name. This message is for you today. Receive it and walk boldly in it. Lift your head higher than it's ever been, because like Shadrach, Meshach and Abednego who stayed true to God, God has promotion, elevation, advancement, breakthrough, upgrade, and honor for you. All of that for you. Yes you, because God is with you.