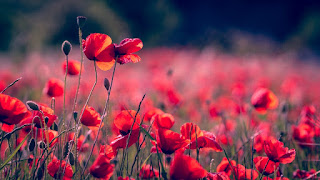 In Isaiah 54, Isaiah speaks to how the Lord God is going to redeem Israel. The scripture starts with the barren woman, which describes Israel and its failure after failure and turning its back away from God. God gives them another chance though, to get things right with Him. He wants to pour out blessings to them and He wants to redeem them. He promises that He will bring life to them from a dead and unfilled place. God's love for them never changed and He's telling them He will never be angry with them again. They have been forgiven and they have nothing to fear. Just as God told the Israelites all of that, guess what? He's telling us the same thing. He's also for us. It doesn't matter what we've done and where we've been.


“Afflicted city, lashed by storms and not comforted, I will rebuild you with stones of turquoise, your foundations with lapis lazuli. I will make your battlements of rubies, your gates of sparkling jewels, and all your walls of precious stones. All your children will be taught by the Lord, and great will be their peace. In righteousness you will be established: Tyranny will be far from you; you will have nothing to fear. Terror will be far removed; it will not come near you. If anyone does attack you, it will not be my doing; whoever attacks you will surrender to you."

Continue to walk in faith as you are strengthened in God's Word over your life. He has much for you and He wants you to make it, live in victory, to have prosperity, and to have everlasting peace. It doesn't matter the circumstances, God's promises are yes and amen, because He wants us to spread out and think big.