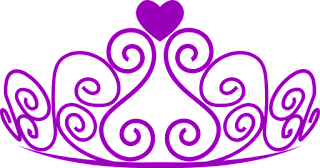 I'm still recycling some of my blog posts from years past. In December of 2014 I wrote about Esther and the following are some of my take-aways regarding some of the things I liked most about her:

Esther is one of my favorite women in the bible. I like her for many reasons. Namely, that she was focused and goal oriented. For instance:

1. She prepared. She did the hard work and got herself in order before she went to meet the king, her future husband. She had no idea if he would choose her. She just did what she had to do in order to go to the next level. And she accomplished what she had come to do, marry the king.

2. She listened. There's nothing like having someone in your corner with wisdom and who wants great things for you. Esther had two of those people. She had Mordecai, her cousin and Hegai, the king's eunuch (guard over the women/palace official). When Mordecai told her what to do to set herself apart (by not revealing too much), that's what she did. When Hegai told her what to do to gain the king's favor, she did those things. And she got what she came for, she married the king.

Esther kept her mind on the prize. She prepared although things probably got hard and she probably wanted to give up. And she listened at times when she probably didn't like some of the advice she was given. She didn't let anything stand in her way to reach her goal. And I'm sure there were many distractions and distractors, but apparently none of them stopped her. Not one. Don't let anything and anyone get you off your A-game either. God has more for you.