You're the anointed one 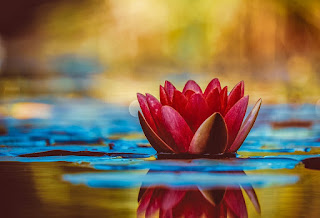 "...the Lord said to Samuel, “Do not consider his appearance or his height, for I have rejected him. The Lord does not look at the things people look at. People look at the outward appearance, but the Lord looks at the heart.” Then Jesse called Abinadab and had him pass in front of Samuel. But Samuel said, “The Lord has not chosen this one either.” Jesse then had Shammah pass by, but Samuel said, “Nor has the Lord chosen this one.” Jesse had seven of his sons pass before Samuel, but Samuel said to him, “The Lord has not chosen these.” So he asked Jesse, “Are these all the sons you have?” “There is still the youngest,” Jesse answered. “He is tending the sheep.” Samuel said, “Send for him; we will not sit down until he arrives.” So he sent for him and had him brought in. He was glowing with health and had a fine appearance and handsome features. Then the Lord said, “Rise and anoint him; this is the one.” So Samuel took the horn of oil and anointed him in the presence of his brothers, and from that day on the Spirit of the Lord came powerfully upon David."

So the story goes in 1 Samuel 16:7-13 when the Lord knew who He was looking for. He knew He anointed the one everyone had cast aside, looked-over, and left for dead. The Lord knew who He was going to use for greatness and Samuel couldn't and wouldn't rest until He found who the Lord told him to anoint -- the chosen second and future king of Israel, David -- the lowly keeper of sheep. Yet in God's eyes, royalty and a strong and mighty warrior.

Could you be the next David? I'm not talking from a male or female perspective -- I'm talking from a God perspective. Could you possibly be a David? The one nobody believes in. The one nobody thinks will amount to anything. The one who was just about doomed by man, from the time you were in your mother's womb. Could you be the next one God is going to use for greatness? I say yes indeed, you could be.

Do you know your life is not your own (Jeremiah 10:23-25) and God has called and chosen you for greatness? And like David, you may not be in any position to act yet and you may not even think you are worthy of such an honor, but stay with God. Because if He said He was going to do it through you, then there is nothing anybody can do to stop it, not even you -- the anointed one.