Don't Bow Down to Nonsense

If you're doing good things and trying to live right, stay that way. Keep doing those things even if you have to cry and claw your way through. Even when you feel discouraged, stay with it. Our time is coming, but we must not grow weary. It doesn't matter who supports us and who doesn't. Don't give in to trying to fit in with the crowd, because they seem to be having more fun. Trust and believe that when they get home and look in the mirror they don't like how they're living. They know it's a road to nothing. You don't see that part though. 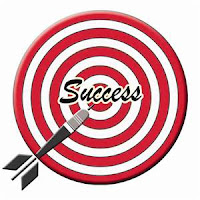 Stay who you are, live right, because eventually people will come to you for advice and prayer when they get tired enough. Just continue to do your positive things no matter the obstacles. If you succumb to the pressure you will be just like them, ordinary, normal, and standing on the corner to nowhere. A good book that talks about this is, The Dream Giver, by Bruce Wilkinson. It's a tiny yet powerful book about standing your ground and roughing it out until you get yours. There will be opposition coming at you and some of it will come from insecure, jealous, and miserable people. Wilkinson says some of them may even be family or friends who didn't live out their dreams.

There is a story in one of my favorite books of the bible, the book of Esther. I love the story of Esther, because there are so many lessons to learn from this book. One of the lessons is what happens when insecurity meets jealousy and jealousy meets misery. As you can imagine, it's not a good outcome. Enter Haman, the second man to the king. Haman had so much going for himself, but he got caught up in minding other people's business. He was a trusted official to the king and he had great influence and power, but all of it went to his head. He was arrogant, which lead to his downfall. He became so preoccupied with Mordecai, Esther's cousin, not bowing down or kissing up to him that he spent almost all his time plotting against Mordecai. Haman was also insecure, jealous, and miserable. He didn't like anyone he felt threatened by. In the end guess where Haman found himself? Hanging on the very gallows he had built for Mordecai.

If anyone suffers from the Haman spirit, no one has to. Listen, there is room for everyone to live better than we're living. Success is available to all of us. Maybe some of us have to work through some things in order to get there. If that's the case, just do whatever it is that needs to be done and keep it moving. God is a huge big God who will bless abundantly. We just have to stay focused on who matters (Him) and walk the way He dictates. When we focus first on His kingdom, so much more will be added to our lives. I'm telling you, it's true.

And when that happens, we will get the victory like Mordecai did.