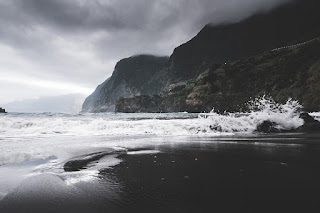 Proverbs 25:28 says, "a man without self-control is like a city broken into and left without walls."

That's a tough one right there and you know what it means, right? Exactly. It means we have to extend respect and courtesy to those who we might not think have been the best to us -- have been the nicest to us. Let me just put it that way. We have to do that and we have to maintain self-control. And let me just say this: that is easier said than done. I'm telling you that. And although it's difficult doing that sometimes, I know personally we are better off when we do, believe me. I know, because I had to do that recently when someone tried to set me up when I needed repairs done. The person did not want me to get the repairs done, ok. That's what I'll say. So when the repair man came, he told the repair man some things that prevented him from making the repairs. I tried to explain to the guy why they still should have been done, but it was too late. The guy had it in his mind that the repairs were useless and there was nothing I could do about it. I was livid. I was so angry that I told the person to never get in my business again.

But later on I thought about what I had said and although I wasn't necessarily rude or disrespectful to him, I shouldn't have said a word about it and I shouldn't let it anger me the way it did. Inside I was more angry than I appeared on the outside. But this is the thing: I had lost control -- I had lost self-control. It didn't matter if anybody knew it or not. I knew it. I had let my emotions get the best of me. I decided later on that day that I had a little bit more growing to do and I vowed to not let that happen again. It's not easy, but at least we have to try our best to do our best, right? By following Proverbs 25:28. That's all we can do.